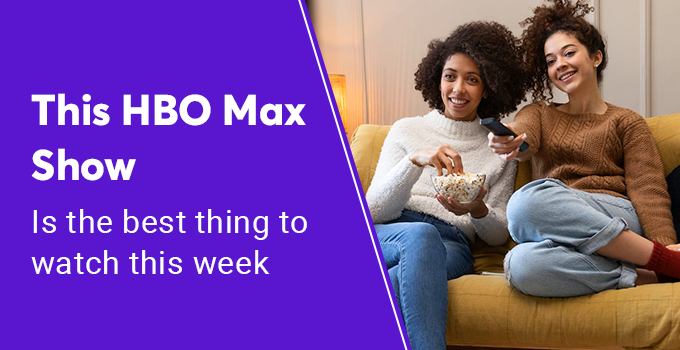 Some recent releases on the HBO Max platform are creating a buzz, and audiences like them a lot. Shows like The Staircase, We Own This City, and others have made an intriguing stir and tied the viewers with the story. Furthermore, the subscribers highly love the content on streaming platforms like HBO Max for many authentic stories and brilliant presentations. Moreover, HBO Max shows offer high-quality entertainment from WarnerMedia's archives, prestige series from HBO, and its own edgy originals. However, the following HBO Max shows are for sure the best thing to stream this week. Also, with the HBO Max Watch Party, you can enjoy HBO Max shows with your squad living anywhere in the world.

HBO Max watch party is a browser extension that enables users to watch HBO Max content with their friends/family living worldwide. Furthermore, you can watch HBO Max movies and TV series in high definition with your loved ones. Therefore, along with video synchronisation, a unique live chat function allows you to react to the on-screen action in real-time.

This is the story of Michael Peterson, a crime novelist suspected of murdering his wife Kathleen, who was discovered dead at the bottom of a staircase at their home, and the 16-year legal battle that followed. Furthermore, do watch it to find out if Michael Peterson was guilty or not. Moreover, this one comes in one of the best HBO Max shows to watch this week. Thus, you can enjoy it with your gang on HBO Max watch party living far away.

We Own the City is set in the year 2015 in Baltimore. As violent protests are breaking out around the city, citizens demand justice for Freddie Grey. A 25-year-old Black man who has died in police custody under suspicious circumstances. In addition, drugs and violent crime are on the rise in the city, which has had its greatest murder rate in more than two decades: 342 homicides in a single year with a population of just 600,000. Also, watch it to find out the further happenings and how the cop will handle it. As well as, it comes in one of the best HBO Max shows to watch this week. Hence, you can stream it with your squad on HBO Max watch party living around the globe.

Cassandra Bowden, a flight attendant, woke in a Bangkok hotel room, hungover from the night before and next to a dead body. Furthermore, fearful of calling the cops, she continues her morning as if nothing happened and joins the other flight attendants and pilots travelling to the airport. Additionally, she is questioned by FBI agents in New York about her recent layover in Bangkok. Moreover, still unable to piece together the night's events, she suspects herself of being the murderer. Also, do watch it to see if she will be able to tell the cops the truth. The Flight Attendant is one of the best HBO Max shows to watch this week. Thus, you can watch it with your friends anywhere worldwide at the HBO Max watch party.

Inspired by Julia Child's exceptional life and show The French Chef, which effectively established food television. Furthermore, the series, set in 1960s Boston, follows Child's journey to television success as she introduced the art of French cooking to an American audience. Moreover, she achieves something unique by exploring the widespread sexism and ageism she encountered along the way. Therefore, watch this interesting show to see how she explores new things coming her way. Next, Julia comes in one of the best HBO Max shows to watch this week. Hence, you can stream it with your loved ones living far away at the HBO Max watch party.